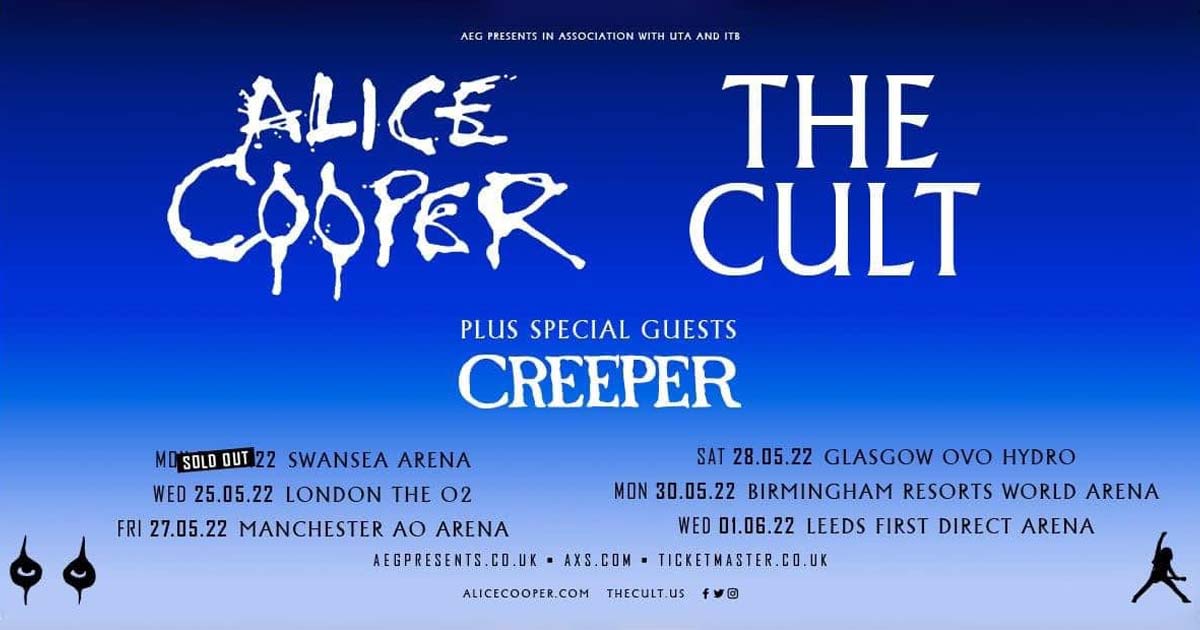 Alice Cooper returns to the UK alongside co-headliners The Cult.

Time to get your Alice Cooper and The Cult Tickets!

Both Alice Cooper and The Cult are known for their live shows, so we’d expect an amazing show twisting through goth, macabre theatre and rock anthems when these two giants take the stage in the UK in 2022.

Buy your tickets to see “The Godfather of Shock Rock” legend that is Alice Cooper alongside co-headliners, The Cult whose music has spanned many genres over their almost 40 year musical career.

Tickets on sale now from AEG Presents
View all Updates