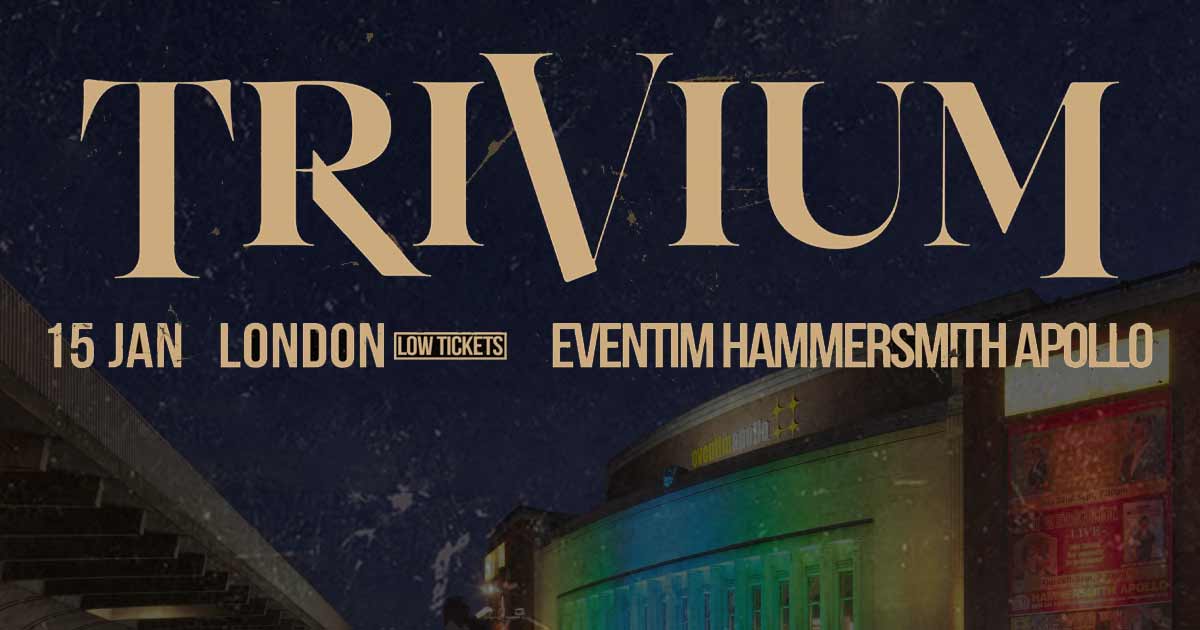 Trivium has confirmed they will now be headlining London’s legendary Hammersmith Apollo on Saturday 15th January as part of their UK tour with Heaven Shall Burn and Malevolence.

The US metallers were forced to move the venue of their London date after the future of Brixton Academy was brought into question last month after a tragic crowd crush at Asake’s show sadly led to two deaths.

The incident occurred on December 15 at the Asake show when people refused to remain outside the venue and instead managed to force their way inside. This caused overcrowding which led administrators to no other choice but to cancel halfway through. Tragically, this event claimed two lives – Rebecca Ikumelo (33) passed away on December 17 in hospital while Gaby Hutchinson (23), followed suit 2 days later with another attendee being left critically ill in a medical facility currently.

Lambeth Council has since decided that The Venue will be mandated closed until January 16th as Scotland Yard has applied for temporary suspension of its licence due to “serious crime & disorder” during the show accompanied by further investigation from Metropolitan Police Authorities.

No sleep til.. Hammersmith!!

London we’re coming to the Eventim Apollo get ready!

Due to events at O2 Academy Brixton a couple of weeks ago, our show is no longer able to happen at that venue. We’ve been working with our team throughout the holidays to try and find a solution.

The show will now take place at the Eventim Apollo in Hammersmith on the same date – Sunday 15thJanuary.

You will contacted by your ticket agent in the next couple of days with detailed information, so please keep an eye on your inbox and read the email carefully.

The good news is that we’ve been able to release more tickets for the show and they’ll be available from 10am Thursday 5th January.

Support from Heaven Shall Burn + Malevolence