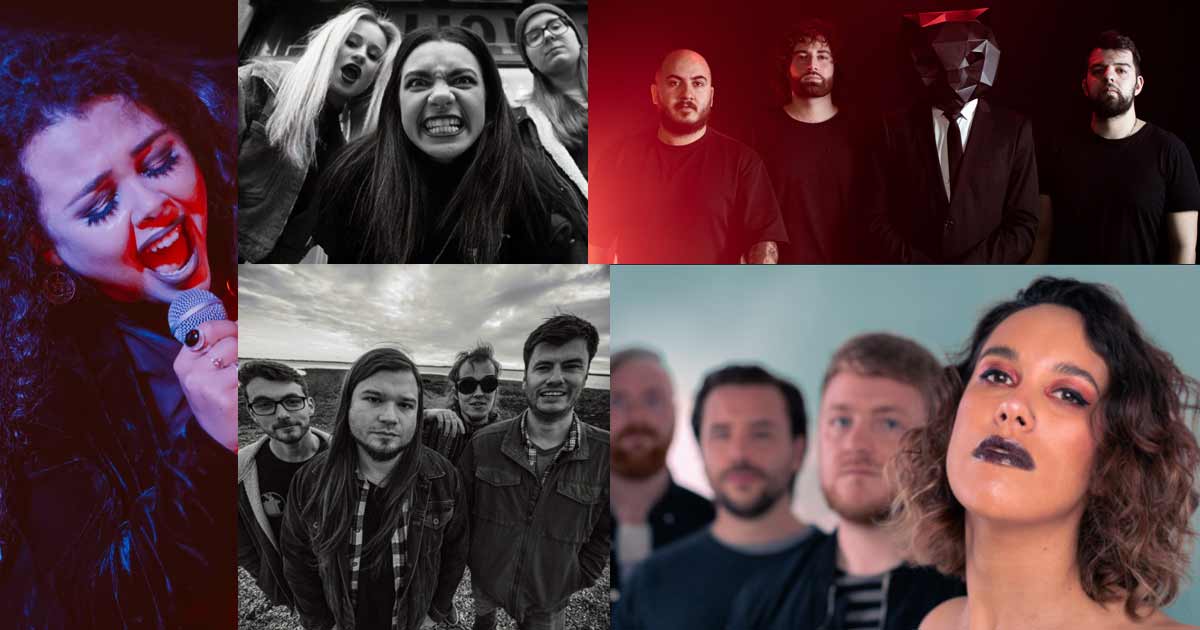 Crowley is a hard rock five-piece from Newcastle upon Tyne, UK who have set their sights on revitalizing pagan nostalgia through an eclectic blend of classic sounds. Founded in early 2022 by vocalist Lidya Balaban and guitarists Eliza Lee and Ruth Cranston, bassist Kimberly Waugh, as well as drummer Matthew Graham; the band released “The Witching Hour” – with influences stemming from acts like Halestorm to eternal greats such as Black Sabbath or Led Zeppelin – soon after they were formed.

Their impressive live performances alongside big names like Kira Mac and The Vintage Caravan as well as impressing fans at hometown show sold outs prove there’s more to Crowley than raw talent alone: it’s all about rocking out Pagan style!

The band has an upcoming headline show at the Anarchy Brewery Co in Newcastle on the 29th Jan and a show with Fury at the Waterloo in Blackpool in April. Crowley has also been booked for a main stage appearance at Dominion Festival in County Durham alongside Skindred and SOS Fest in Manchester this summer with more dates to be announced in the coming weeks.

In 2020, Manapart was formed and quickly made waves with their amalgamation of 2000s metal and oriental music. Their debut album captivated the earbuds of System Of A Down fans around the world – even garnering attention from Serj Tankian himself! The band’s followup EP “2084” brought them international success as they topped charts in countries throughout Europe, North America, and Armenia after releasing a song written in Armenian.

Manapart is here to bring you a state of melancholy by singing about social injustice and deeply personal emotions, regrets and illusive hopes of a better future.

Jigsaw Youth, Staten Island’s all-female trio of punk and grunge musicians is shaking up the scene with their distinct sound. Maria Alvarez provides hard-hitting bass lines accompanied by her unique vocal style which blends effortlessly in sync with Nastacha Beck’s skillful guitar work as Alex Dmytrow keeps everyone on track through thunderous drumming.

Solcura are redefining alternative rock with their genre-melding soundscape – a creative brew of melodic, acoustic and hard rock plus breakneck punk and skull-pounding grunge anthems.

The passionate UK band independently released their debut album ‘Serotonin’ in 2021 to much anticipation before playing at the New Blood Stage at Bloodstock that same year as well as supporting popular bands such as Pulled Apart By Horses and Palm Reader. In 2023, they plan on offering fans a tantalizing new five-track EP for further listening pleasure.

LaVire, is an up-and-coming 4-piece heavy rock band from Lincoln UK whose music combines the sounds of some of today’s most popular arena groups with a unique blend of harmonious tones and dynamic compositions.