Wednesday 13 has made a statement on the status of Murderdolls, surrounding the 20th-anniversary reissue of the band’s debut album.

Murderdolls was an American horror punk and heavy metal band that was founded in 2002 in Hollywood, California. The line-up of the band featured Wednesday 13 and late Slipknot drummer Joey Jordison, with former members including Ben Graves, Acey Slade, Eric Griffin and Tripp Eisen.

Earlier this month, a Murderdolls website at murderdollsofficial.com began taking pre-orders for a vinyl re-release of the album, In addition to this, according to Blabbermouth, a reunion event featuring former Murderdolls guitarist Acey Slade (Dope, Misfits) and ex-bassist Eric Griffin took place at the Ice Nine Kills-curated Silver Scream Con in Massachusetts on Sunday 28th August.

Wednesday 13 responded with statements against the band activities that he said are unofficial. Slade countered this saying that he engaged in reissuing the album via official channels and that he had obtained the act’s official trademarks.

Read the full statements from both Wednesday 13 and Acey Slade below. Wednesday 13 is due back in the UK later this supporting Ministry & The 69 Eyes.

Grab Your Tickets To See Wednesday 13 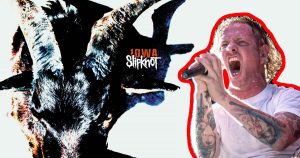