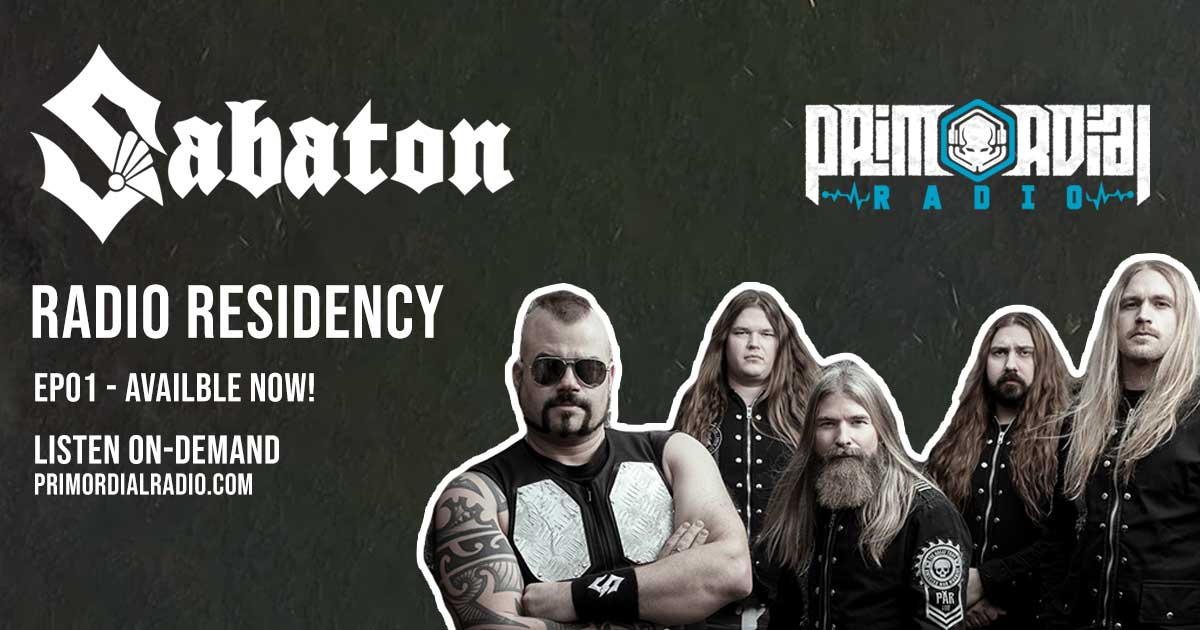 Swedish metallers SABATON are taking over Primordial Radio for a whole month!

That’s right, for the month of March they will be hosting the SABATON RADIO RESIDENCY.

Episode 01 is available to listen to now on-demand.

Sabaton’s new album THE WAR TO END ALL WARS is out now via Nuclear Blast Records. Mail Order Edition of the album is available HERE.

In the two decades since their launch, Swedish metallers Sabaton have carved out a reputation as one of the hardest working bands in the business – gaining a legion of loyal fans across the globe, delivering nine highly-rated studio albums (including 5 gold and 2 platinum-certified sellers), and scoring multiple industry award wins and nominations…not to mention launching their own annual festival and cruise.

Sabaton are perhaps best known for their electrifying live shows, combining accomplished musical performances and a finely-crafted stage show – including their full-sized tank drum-riser – with energy and laughter. The band has headlined as far afield as North America, Australia and Japan, and regularly fills arenas and takes top-billed slots at festivals across Europe.

From all of us here at Primordial Radio, our thoughts go out to everyone in Ukraine in this extremely difficult time.

If you’re wondering what you can do to help, we’ve compiled a list of resources for various charities and organisations that are working to provide medicines, food, critical services and more.

You may also like
AVATAR INTERVIEW with Johannes Eckerström 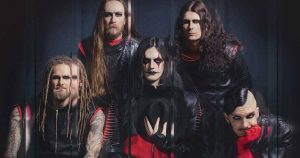