Volbeat have announced a mammoth European tour for 2022 that includes dates in the UK & Ireland and will have Skindred, Bad Wolves and Napalm Death in support. Announcing the tour via their Facebook Page, Volbeat stated:

VOLFAM!!! Finally after so much time away, we’re thrilled to be able to bring a proper Volbeat headline tour to our friends across Europe and the UK, starting in October. We are so excited and cannot wait to see everyone out there!

We’re extremely lucky to be able to bring Skindred, Napalm Death (UK Only) and Bad Wolves (Europe Only) along for the ride and share this experience with three incredible bands that we are fortunate enough to call friends.

Tickets will be on general on sale from Friday, July 1st at 10:00am.

Volbeat released their eighth studio album ‘Servant Of The Mind’ in 2021, the album takes the signature heavy metal, psychobilly, punk ‘n’ roll sound on which they have built their reputation up a notch while showcasing front man Michael Poulsen’s keen ability for songwriting and storytelling.

The lead single “Wait A Minute My Girl” drafted as a love song to his fiancé, became the band’s ninth No. 1 on the Billboard Rock Airplay chart. The rest of the songs on the album weave intricate and fascinating tales. “The Sacred Stones” tells the story of “an earthly being who has committed himself to the dark side.” “Shotgun Blues” explores the ghostly paranormal events he had recently experienced upon moving into a new home. 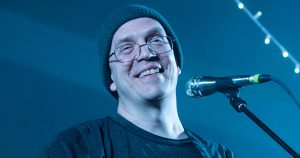