One Word Wednesday Bingo or #owwb! 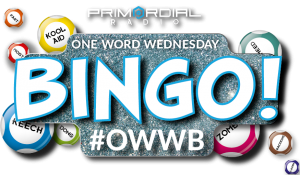 So, how do you play?

Quite simply, there are 12, no, 13 words which relate to a song title – guess correctly and be in with a chance of winning a Hive Mind Badge or the chance to pick the songs next week!

The chance to pick the 13 words and songs for next week will now be randomly drawn from the list of entries.

As well as the Hive Mind instalment with Moose in the morning you can now play with Dewsbury (just wash your hands afterwards)!

Starting from 13th of March your answers from the morning show will be transferred so you can compete against Dewsbury in the afternoon in #owwbrewind, the winner will get a pat on the back. #owwbrewind will be starting just after 17:00 so tune in to see if your entries do better!